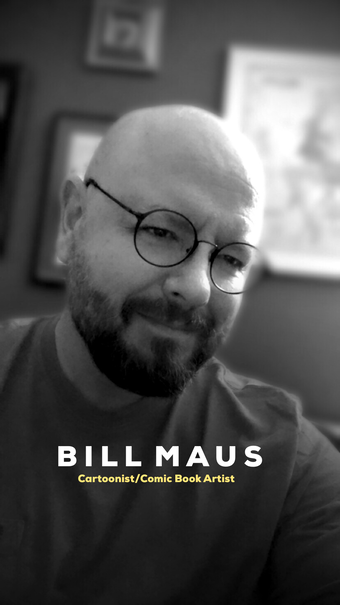 The story about this kid, born in Queens, New York, begins on a cold morning in January, 1970...I’m assuming it was cold. It was January. Ok, let’s just agree that it was cold. I love New York City, but I’m not so fond of cold weather...and it wasn’t even early in the morning. I think I was born around 6:30 in the afternoon. So even as a newborn, I was not a morning person. Clearly. And I tend to ramble. I hope that’s not a deal breaker. I’ve always communicated better through pictures than through words...and I’m sure that quirk lead me to drawing more that most other things. But I digress...it’s enough to know that I’m a kid from the 70’s, a teenager from the 80’s and all of a sudden I’m a guy who’s been at this drawing thing for (how long now??) and I’m just as happy that anybody likes it, just like when I was a kid. It’s the thing that makes me go- so...thanks. Really. Without this, I’m just not myself. I appreciate the support and am super happy that you’re checking out the page and the art and seeing what’s up. Here’s a quick run down of some things so you know a little bit more about me:

I got my first break in Comics in 1991, pencilling a parody for Eclipse Comics (inked by Bob Hanon, written by Don Chin) titled, X-Farce. After a couple more comics for Eclipse, I went on to work for Parody Press!, where I spent the next few years creating and drawing a whole bunch of parody comics. We also founded Entity Comics, so that we could have an imprint designed for original adventure content. Our first Entity book was Zen: Intergalactic Ninja, owned by Steve Stern and Dan Cote, where I was fortunate enough to write and draw quite a few issues (of Zen), and later launch my own creator owned series, Nira-X: Cyberangel, along with some other titles, such as The Skunk. After my run at Entity, I worked at Avatar Press for some time, writing and drawing my creator owned series, Nira-X, and occasionally working on other company titles. Since then, I’ve worked on many small press books and independent comics, and continue to do so. Freelance allows me to have a variety of work and I enjoy having a much larger group of publishers and creators to work with. I’m always looking forward to the next thing-and also working on more of my favorites, like Zen.

2018 will be the 25th Anniversary of the Nira-X book, which will have a special issue Zero published by Committed Comics and I’m working on some new projects for Rocket Ink Studios. I try to post what’s new and what projects people might want to hear about on my Facebook and Instagram, so please check them out. I’ll attempt to update the Comics checklist to be more comprehensive when I can find the time-this write up is more like a cliff notes version of things, but I appreciate you reading and checking things out.

Till I update again, thanks for enjoying the art!